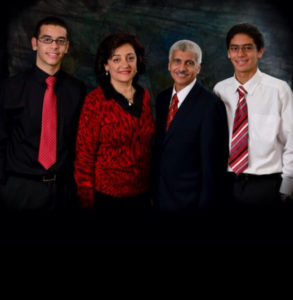 Maher was born and raised in Cairo-Egypt,  he is the second child of 4

From 1986 to 1992 Maher served in the “Youth Ministry” in the Synod of the Nile. After that Maher travelled to serve in Syria with The National Evangelical Synod of Syria and Lebanon.

Then as youth leader in Heliopolis Evangelical Church for three years.

In 1996, Maher started his work in the Bible Society of Egypt (BSE) as production manager. It has always been his dream not just to have the Bible available to all but also to have it written in ways easy for various audiences to read and understand.

During his work years in the Bible Society of Egypt, he succeeded in building the Bible World. The Bible World is an interactive panorama exhibition that explains the story and the journey of Bible starting with the original writing in Hebrew or Greek languages, copying, translation, manuscripts and Qumran Scrolls, and finally the era of modern printing.

After 15 years in BSE, Maher has accepted the call to serve as the senior pastor of Mideast Evangelical Church (MEC). He, his wife Suzy, and their two sons, Nader and Shady, began their transition from Cairo, Egypt to MEC when they arrived in December 2010.